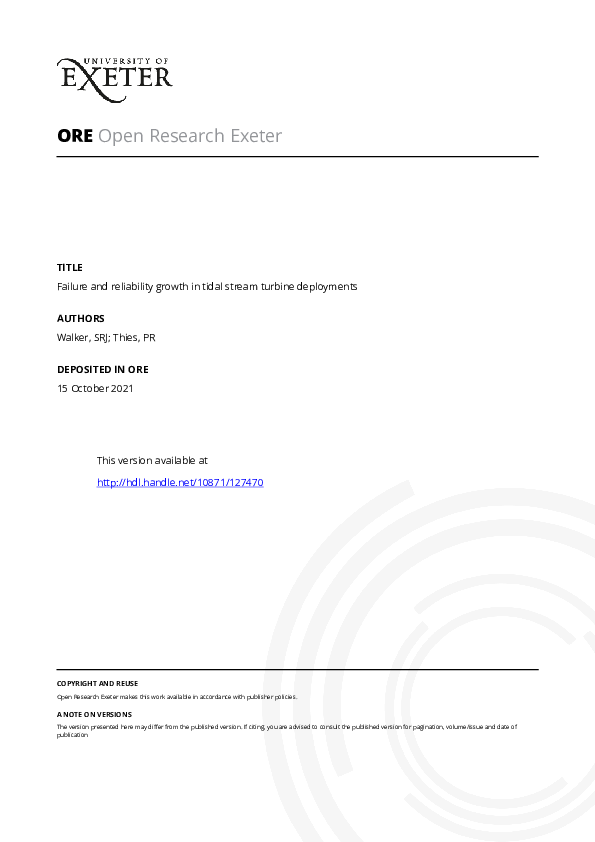 Many technical challenges have been ad dressed since the first commercial deployment of a tidal stream turbine in 2003. However, the technology is not yet competitive with other renewable energy generation in cost of energy terms, and there remains a reluctance among investors due to the perceived risk of device failure. In this work we reviewed and categorised all available tidal stream energy deployment reliability data. 57 deployments were identified to August 2020, encompassing a range of manufacturers, locations, device types and foundation systems. Each deployment was classified by device type, rated power, number of devices, grid connection, foundation type and location, then identified as either successful, under performing, curtailed or failed based on defined targets or availability. We found that 18% of deployments failed, 10% were withdrawn from service earlier than intended, and 10% generated less power than was planned. The most common cause of failure was blade failure, followed by generator and monitoring failures. After initial successful prototypes, failure rate increased between 2006 and 2011, possibly due to increased deploy ments at high flow rate sites. Subsequent deployments at lower flow rate sites led to a reduction in failure rate to 2018, and current failure rates remain relatively low in spite of a return to higher flow rate sites, suggesting that the sector is now benefiting from lessons learned in pervious failures.