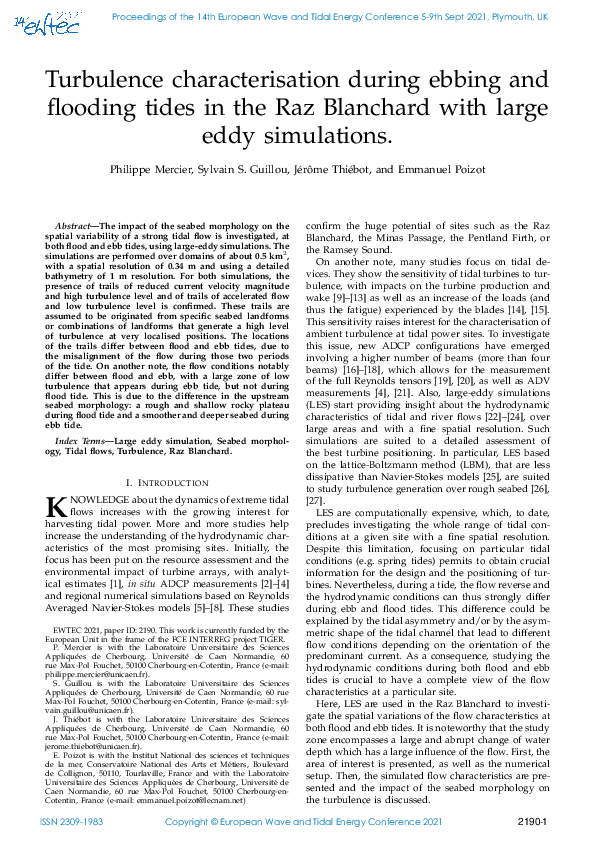 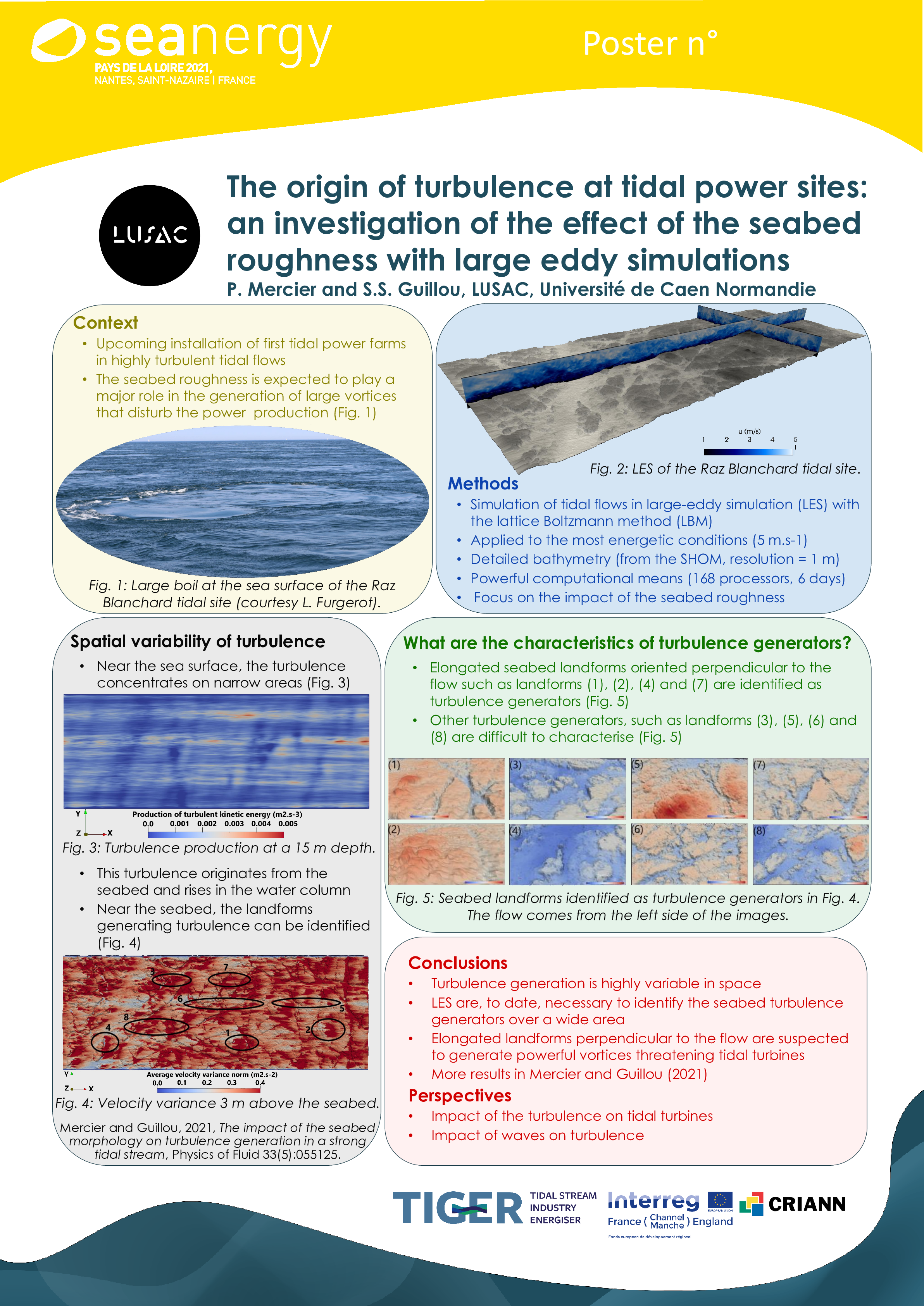 The impact of the seabed morphology on the spatial variability of a strong tidal flow is investigated, at both flood and ebb tides, using large-eddy simulations. The simulations are performed over domains of about 0.5 km2, with a spatial resolution of 0.34 m and using a detailed bathymetry of 1 m resolution. For both simulations, the presence of trails of reduced current velocity magnitude
and high turbulence level and of trails of accelerated flow and low turbulence level is confirmed. These trails are assumed to be originated from specific seabed landforms or combinations of landforms that generate a high level of turbulence at very localised positions. The locations of the trails differ between flood and ebb tides, due to the misalignment of the flow during those two periods of the tide. On another note, the flow conditions notably differ between flood and ebb, with a large zone of low turbulence that appears during ebb tide, but not during flood tide. This is due to the difference in the upstream seabed morphology: a rough and shallow rocky plateau during flood tide and a smoother and deeper seabed during ebb tide.