Developers at this site: Minesto / Hydroquest

Paimpol-Bréhat is the largest tidal demonstration site in France, providing ‘open sea’ real testing conditions, having consent and grid connection. It has been used for the last decade to demonstrate several generations of tidal turbines but is now facing challenges for its future development.

Through TIGER, the Paimpol-Bréhat site will have the opportunity to host an extension of HydroQuest 1MW turbine testing program for one year (2020-2021), then to host the testing program of Minesto new Deep Green microgrid device (2022). Meanwhile, TIGER will give EDF and its partners the possibility to consolidate Paimpol-Bréhat as a fully operational testing site open to different type of tidal technologies, with some actions on repair / change of key components, adaptation of existing consent, implementation of more efficient governance between partners.

TIGER will also allow the Paimpol-Bréhat site to host some experimental actions from the academics partners, such as the testing of composite material from Le Havre University.

The Paimpol-Bréhat site is owned and operated by French utility EDF, who will, as part of TIGER, partner with French site developer SEENEOH to help develop the site further.

The start of the test campaign is planned for spring 2022.

In April 2019 Hydroquest deployed their 1MW Oceanquest device for a 12-month test campaign. TIGER has since funded a further 12-month extension for the deployment during which Hydroquest successfully achieved independent accreditation of the Oceanquest power curve further proving the technology. Disconnection and retrieval of the device will occur in summer 2021.

Please note that there is no site data pack for this project. 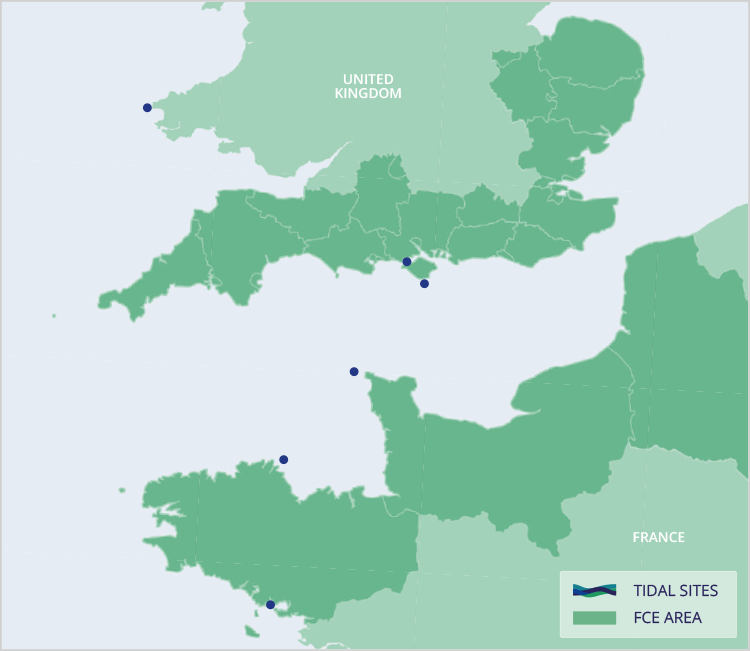